Parenting a child with behavioral difficulties can be challenging to say the least. It may feel like control is lost as the child continually acts aggressively, throws tantrums, or becomes oppositional when limits are imposed. This is a normal feeling- and you’re not alone. According to the CDC, 7.4% of children aged 3-17 years (approximately 4.5 million) have a diagnosed behavioral problem. In other words, almost 1 out of 10 children struggle with some form of disruptive behavior throughout their childhood and adolescent years. Expecting a child to become more compliant or exhibit greater self-control is a far-reach for some; Therefore, it is important to gain some additional perspective on this problem.

When it comes down to it, behavior is the result of two things: a trigger and an outcome. The trigger can be anything from a bee-sting to a thought. The outcome is what happens after the behavior has occurred. Here’s the critical point: the outcome of a behavior is what determines if the behavior will be more or less likely to occur in the future. The basis for determining this likelihood: was the outcome pleasurable or not.

Think about it this way: If I am hungry (trigger), I will muster up the energy to eat a sandwich (behavior), which will lead to feelings of satiation (outcome). I will be more likely to eat something when I am hungry because I know that eating will end my hunger. My motivation to make the sandwich is based on the belief that eating a sandwich will get rid of my feeling of hunger. Similarly, when a child believes they are not being heard (trigger), they will act out (behavior), to get attention (outcome). Motivation to act out is formed by the belief that acting out will decrease the discomfort associated with not being heard.

Examples of triggering events abound, but they all stem from one thing: an inner sense of turmoil. This feeling, often chronic, is associated with the child’s belief that their environment is out of control. Simply put, the behavioral chain (trigger-behavior-outcome) has become compromised at the trigger level, and the child is being influenced by unpleasant beliefs and perceptions (i.e., they have been slighted, something is unfair, internal energy level is too much). When the child believes a situation is out of his or her control, a sense of internal tension will arise, and he or she will be motivated to act out in the hopes of regaining a sense of calm.

Herein lies the key: Predictability. When you create structure, you address acting out at the trigger level. Establishing clear and consistent outcomes allows the child to understand that certain behaviors lead to certain results. And here’s the important part: by implementing pleasurable outcomes (or rewards) for desired behaviors (i.e., greater self-control, use of words, self-awareness), those desired behaviors actually increase. This is why token economy systems, clear boundaries, and reward systems tend to yield positive results.
Thinking about behavior in terms of triggers and outcomes is helpful. It can shed light on why certain behaviors occur, and help identify ways to address problematic behavior. Remember, focus on strengths, voice appreciation whenever a child is flexible, positive, or adaptable, and reflect what the child is going through. Be patient. Most of all, view the process of identifying and correcting triggers as an experiment rather than a battle. 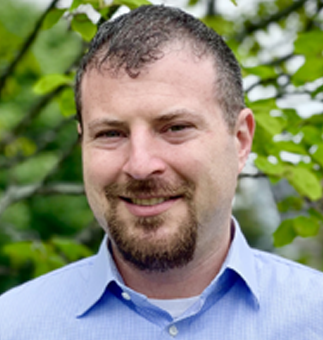 Dr. Ebner is a licensed clinical psychologist specializing in behavior management, mood disorders, and ADHD. Feel free to contact him at: This email address is being protected from spambots. You need JavaScript enabled to view it..