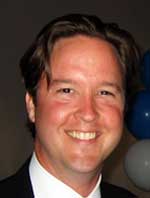 We can not rush this process. I understand the desire to get through this and stop hurting. It's only been a week, and already I'm emotionally fatigued. I'm tired of fighting away the tears each time I turn on the news or see another picture of a child whose life was taken. A child who just as easily could have been my own. I'm tired of this heaviness in my heart that makes it difficult to breathe. Of this pain I feel for those children, those teachers, and their families. I cannot even imagine the level of their pain, how badly they want to move on. But we need to hurt. We need to grieve. We need to understand this tragedy as best as we can in order to, with the best of our abilities, prevent another like it from ever happening again.

But in our search to understand, we must exercise caution. Too often, we tend to categorize monsters as a way of explaining their behavior. As if we can put them into a box and feel better about ourselves because we don't fit into that same box. But what about those that do? In the hours after the shooting in Connecticut, I read that the shooter was diagnosed with Asperger's Syndrome and Obsessive Compulsive Disorder. We need to be very careful here as we try and find what or whom to blame. Diagnosing this kid postmortem does a tragic disservice to the tens of thousands of people with Asperger's and OCD for whom the thought of harming a child would never cross their mind. The shooter may have also had diabetes, or a peanut allergy, or had a fear of heights. But we would never hear about those, because mental illness is sexy. It's sensationalist. It makes an easy target. It is irresponsible and lazy journalism to speculate about this young man's possible diagnosis without discussing the aspects of these diagnoses that may - I repeat - may have contributed to his actions.

The truth is that we simply don't know anything definitive about this boy's mental and emotional health. All we have are reports from family, neighbors, and classmates that he was socially withdrawn, and that his mother was an eccentric with survivalist tendencies and a collection of firearms. We don't know the quality of care he received, or if he received any care at all. The only speculation I will make with any confidence is this:

I'm not offering my opinion as an excuse or a justification for his behavior; there is no justification for such acts of evil. I only offer my opinion as another voice pleading that we lose the stigma associated with mental illness. There seems to be this belief that visiting a psychologist or psychiatrist is some indication that an individual is broken. When your tooth hurts, you go to the dentist. When your knee hurts, you go to the orthopedist. Why should it be any different when your heart hurts? To carry the analogy further, visiting your dentist or pediatrician for regular check-ups helps ensure that all is well and that any health problems that could arise can be identified early and dealt with while they are relatively small. Therapy works in the same way. Regularly checking in with a professional can help clients to stay aware of their processes, and of the potential struggles that can throw roadblocks in their way. When problems arise, we make a plan and work it through. I tend to see my clients more frequently when times are tough, or when we can predict that rough weather is ahead. Otherwise, it may be weeks or even months between sessions.

Every teen that walks into my office for the first time has a wary air of defense about them as if to say, "I don't need to be here. I'm not crazy." I always tell these clients the same truth: I don't know any crazy people. I know people who hurt. I know people who are frustrated. I know people who have identified something in their lives that they want to change. All of my clients are individuals and each of them comes in with unique histories and goals. What they all share, however, is the bravery to admit that there is something they want to make better and the courage to face the challenge head on. Irresponsible and sensationalistic reporting like I'm seeing around the Connecticut shooter isn't doing anybody any favors in this regard.

I realize that if you're reading this piece, you're probably a client of mine, a client of the Tarnow Center, or a colleague in mental health. Which means that I'm preaching to the choir. But what I hope we can do is get people talking and demystifying mental illness so that we can more easily dispel the notion that mental health care is only for the broken.