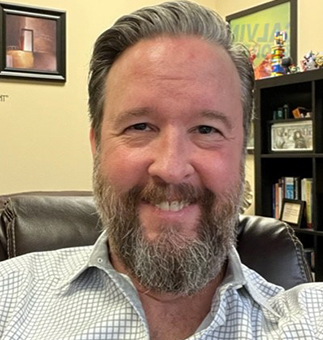 What would you say if I told you I’ve created a teleportation device just for teens? It’s called the Transmogrifier, and it breaks your child down into trillions of atoms and then transports him or her anywhere in the world. Best of all, it’s free! It’s all the rage, and your child absolutely MUST have one. All of her friends do, and it’s not fair, and if you loved her you would…

How would you respond? What would you want to know about the Transmogrifier before you sent your daughter on her inaugural voyage? How old should she be before she can use teleportation? Once she sends herself somewhere, how long before she can come back? Can she come back at all?

Believe it or not, the Transmogrifier already exists…in a way. It can’t transport your daughter anywhere, but it can take her ideas, thoughts, pictures, and videos and instantly send them anywhere in the world. Or even better, to hundreds of destinations at once. But it’s not called the Transmogrifier. It’s called Facebook.

I’d like you to take a little trip down memory lane with me. I want you to think about the stupidest, craziest, or riskiest thing that you’ve ever done in your life (I’m willing to bet that this event took place between the ages of 12 and 22). How many people saw you do it? Most likely, only the people in the immediate vicinity. Besides these witnesses, how many people know about what you did? There may have been a few days of rumors and speculation if your act was especially juicy, but then it most likely died off.

Now I want you to imagine that you are a teenager in current times, and that you pulled your stunt this past weekend. The reality of modern times is that within 3 minutes, video of your stupidity was recorded by no fewer than six different cell phones and uploaded to each witness’ Facebook account. Within 5 minutes, your video has been viewed by a few hundred Facebook friends and (if it’s good) shared on their Facebook pages. By the next day you’re all over YouTube, your best friend won’t respond to your texts, and your boyfriend/girlfriend has broken up with you. By Monday, you’re an internet sensation and you’re getting panned on Comedy Central’s Tosh.0.[1] Oh, and if you’re a college applicant, you may have just inadvertently blown your chances at the school of your dreams.[2] Sound scary? It should.

Listen: teens today aren’t any more stupid than we were at their age. As a matter of fact, they’re exactly as stupid as we were. That’s because the prefrontal cortex, which primarily controls responsible decision-making, doesn’t fully develop until the early 20’s. Here are some more fun (scary) facts about the teenage brain:

So to summarize, the teenage brain is: flooded with hormones, addicted to adrenaline, prone to risky behavior when observed by peers, and unable to accurately predict how people will respond to their actions. You were the same way once; the difference is that today’s teenagers have the misfortune of being able to record their stupidity and broadcast it to the world.

Like it or not, Facebook is here to stay. And even if Facebook goes the way of MySpace or Friendster, there will be something else that comes along to take its place. The world is trending towards digital communication now, and social networking is slowly seeping into the professional world.[3] But just because it is inevitable doesn’t mean that parents should passively accept it into their child’s life. Just like driving, voting, or the collective works of Neil Diamond, Facebook is not something that one should enter into lightly. If my daughter were a teenager with a Facebook account, these are the five things I would want to know:

It’s quite possible that your child won’t accept your friend request, or that he’ll accept it but limit what you can see on his page. No matter. There are still plenty of benefits to having your own Facebook account. Most importantly, you can get familiar with it. Learn how to use it. Play with the security settings to learn how to limit who can see your personal information, your pictures, your posts, etc. Have a conversation with your kids to see how much they know about their own security. They may be surprised to find out just how accessible they are.

You can try to force her to give you her password, or demand that she shut her account down, but all that will do is guarantee that she finds new ways to use Facebook without your knowledge. It’s easier than you think. All you need is an email address. As a matter of fact, in the time it took you to read this sentence, I created a Facebook account for my dog. So if you want to fight that fight, be my guest. Personally, I recommend the path of least resistance, which means that if you are a parent in the Holy Land of Facebook Friendship with your teen, you are to be neither seen nor heard. Some tips for a successful online friendship with your child: