The Thrill Of The Chase 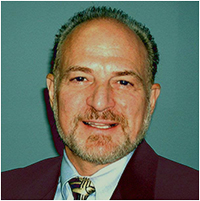 Is the search for stimulation more rewarding than the reward? Slate Magazine’s Emily Yoffe has written an article suggesting that “seeking” stimulation, or anticipation of a payoff, is more rewarding than the reward itself. In 1954, James Olds attached electrodes to the lateral hypothalamus of rats and allowed rats to activate the electrode by pushing a small lever. He noticed that the rats would push on the lever repeatedly until they collapsed from exhaustion. Similar experiments done on humans (Heath, 1972; Portenoy et al., 1986) found that subjects elected to self-stimulation over other responsibilities, such as family commitments and hygiene.

While this area of the brain was then referred to as the “pleasure center”, later research has found that stimulation of the lateral hypothalamus actually produces the anticipation of pleasure, rather than pleasure itself. Kent Berridge makes the point that the brain is wired more for stimulation than satisfaction. Yoffe argues that this makes sense from an evolutionary standpoint. Those who are motivated to forage and find have a better shot at survival than do those who are easily satisfied.

Yoffe’s article goes on to share that the driving force behind this anticipation is the neurotransmitter dopamine. “Rats whose dopamine levels have been destroyed retain the ability to walk, chew, and swallow, but will starve to death even if food is right under their noses because they have lost the will to go get it.” Conversely, rats whose brains are flooded with dopamine are highly motivated to find the food, but do not find the food any more rewarding than rats with normal dopamine levels.

Given what we know about the connection between ADHD and decreased dopamine levels, this article presents three points that are highly relevant in regards to ADHD.