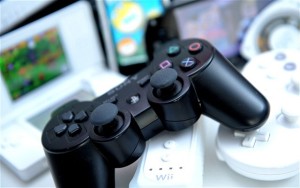 The debate over excessive video gaming comes down to the potential harm to our children. Can too much time on the Xbox or Play Station interfere with our child’s ability to function normally? More importantly, are there damaging, psychological effects to “over video gaming?” Recent studies on brain functioning suggest playing video games for long hours is more than just child’s play. Studies suggest that excessive video gaming can have lasting and serious effects, especially in young maturing brains. Further, children with Attention Deficit Hyperactivity Disorder (ADHD) or on the autism spectrum might be most at risk.

To understand how excessive video gaming can lead to a poorly developed brain, we must first understand how the brain works. Your child’s brain is a learning machine constantly growing new neuronal pathways. As he or she learns, the brain grows and prunes away unnecessary brain pathways in favor of stronger, more functional ones. This process is called neuronal plasticity. The more learning is repeated, the stronger the neuronal pathways become.

Some video games stimulate these learning pathways. For example, “Minecraft" teaches gamers skills including organization, planning and strategizing. Unfortunately, these more docile learning games are outnumbered by games that are violent, include hi-tech graphics and spur emotional arousal. Today’s video games are exciting, interactive and feel real; gamers get ready for action in pseudo life-or-death situations. Their bodies are flooded with adrenaline, the respiration rate becomes more shallow, blood vessels constrict, and the heart rate and blood pressure increase as adrenaline is released into the brain.

We may think this arousal state “powers” the brain. In fact, the opposite occurs. Blood flow to the frontal lobes is suppressed as in a "fight-or flight" response. This is potentially damaging, because when we suppress our frontal lobes, our brain’s ability for higher thinking, good judgment, and decision-making is inhibited. When children are immersed in an intense video game for long amounts of time, parents may have a hard time getting their attention.

Additionally, high levels of the neurochemical norepinephrine produced by thrilling video games also suppress blood flow to the frontal lobes. This enables a hyper focus on the "survival" task at hand. Another neurochemical involved is Dopamine. Dopamine motivates us strive to attain a goal by stimulating the pleasure center of the brain. This leaves gamers feeling a sense of high, only to be followed by a need to play longer and longer for the same pleasure. With excessive video gaming, the continuous excessive flow of dopamine is eventually exhausted and a precipitous drop occurs.

In children with ADHD or on the autism spectrum, the effects of excessive video gaming could be compared to an alcoholic playing nightly drinking games. These kids are often already socially challenged and lack the maturity for their age. They may have anger or anxiety issues, potentially doing poorly in school or having difficulty engaging in treatment. Add intense video gaming to those issues and this is a recipe for disaster. Perhaps children with these troubles are drawn to heavy gaming. It is also possible heavy video gaming is causing these problems or worsening them.

The American Academy of Pediatrics recommends children spend no more than two hours behind the television or video game each day. Of course, parents can monitor their child’s daily video gaming allowance. Parents can also look for the following warning signs their child might be spending too much time gaming.

In order to rebuild and strengthen our brain’s neuronal pathways, neurofeedback training is considered an effective non-medication approach. Children are connected to electrodes that measure electrical activity in the brain. This activity is displayed to the patient on a video screen. As the patient alters their brain activity in a functional direction, the video image changes to let them know they have achieved success.

Over time, practicing healthier brain activity works like practicing anything. Patients get better at it, until eventually it becomes the most natural thing in the world. Neurotherapy patients may spend two hours a week training their brains to work better. Heavy video gamers spend hours and hours every day training their brains to become more ADHD-like. As parents, it is time we limit video gaming for our children. The price their young brains pay is too great.